Andy Cheetham is a Franchise Consultant in North Yorkshire

Based in Knaresborough, just outside the spa town on Harrogate. He has been at the heart of many of the UK’s top performing private franchised businesses. The owner of a franchise consultancy company called Lime Licensing Group, and a web directory called Franchise Life. Lime Licensing Group are a team of franchise executives who advise and recruit franchisees around the UK and Eire. Click here to visit the best franchise consultancy firm in the UK! 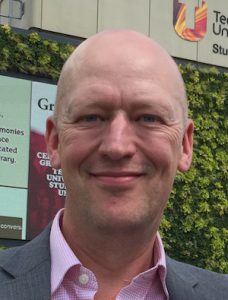 Andy taps into over 26 years of success in every sector and investment level. His work includes international master franchising, area developers, joint ventures and allotter formats. Having Andy on board equips your brand with a level of expertise and know how that even Franchise Directors of major PLC’s don’t possess. You are probably experts in your core business model but franchising may be new to you. Maybe franchising is an area of business that you have limited knowledge or hands on experience of.  When you engage with Andy the franchise project runs on time, on budget, smoothly and without errors, Andy will make it happen more than any other Franchise Consultant in North Yorkshire you’re likely to meet.

Your business probably already has the correct number of staff and capacity to manage it’s core activities. One of the downsides of franchising is that when you launch a franchise a large volume of work results. This isn’t just in the initial set up with your franchise consultant but also once the franchise is underway. It is not unusual for a new franchisor to receive thousands of applications upon launch. They need a recruitment process with solid criteria.  Sorting out the wheat from the chaff requires a lot of time from an experienced franchise consultant who has recruitment ability. Andy knows how to balance the need for confidentiality whilst also providing a good overview of the business to potential franchisees.

Andy can only work with 3 or 4 franchise brands each year, after that he’s oversubscribed. The franchise executive team at Lime Licensing Group similarly only advises a small number of franchisors each year. Like you we’re choosy who we work with but if we agree on the fundamentals of what makes a good franchise then it’s a marriage made in heaven. Work with Andy or Lime and you’ll have an experienced franchise consultant team who are fluent in franchising.  Potential Franchisees want to know you’ve got franchising expertise on board! So if you’re looking for a franchise consultant in North Yorkshire who has

Taking short cuts, customising a franchise agreement template, plagiarising other firms materials and generally winging it are characteristics of failed franchisors. Andy’s office gets calls from them all the time so he should know! Getting it right at the outset saves money and creates more profit. If you are already franchising you’ll know that even one additional franchise sale nets tens of thousands over the 5 year agreement term. Andy can swing a lot more than one additional sale your way. There is no logic in doing it on the cheap or using franchise templates.

Andy, his advisory team at Lime Licensing Group and his online resource Franchise Life can make the difference between success and failure.